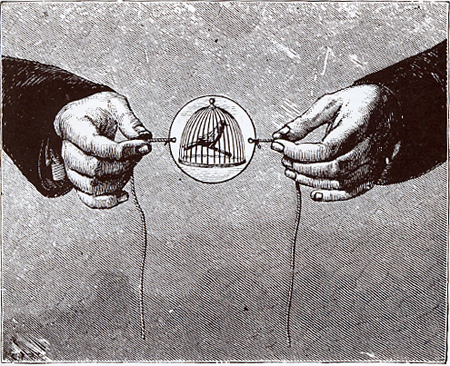 (From ancient Greek thauma “wonder” and trope “turn”), is an optical toy  – considered an antecedent of cinema- consisting in a disc with pictures on both sides which complement each other. When the disc is turned quickly the whole picture can be seen. Invented in the 19th century, it was used to explain the theory of the persistance of vision (at the time known as retinal persistence).